To recruit 10 lakh people in 18 months to fill vacancies : PM

The PMO tweeted, “Prime Minister Narendra Modi reviewed the human resource situation in all government departments and ministries and directed the government to recruit one million people in mission mode in the next one and a half years.” 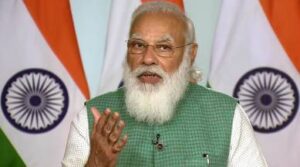