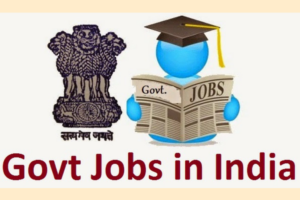 The IBPS is a statutory body which organizes examinations to recruit employees for public sector banks. Taken at the administrative level, the IBPS exams are very easy to crack. IBPS is famous for its transparency and the speed with which the tests are carried out and the results are published. This exam includes a preliminary, a main exam and a language proficiency test. The 2 hour and 40 minute exam consists of 190 questions for 200 points.

Conducted by the Central Board for Secondary Education (CBSE), this exam helps recruit teachers. During this test, the qualification and the certificate are valid for 7 years. Candidates who have passed this exam can apply for the teaching position in a central government school, Kendriya Vidyalayas. The exam mainly consists of 2 papers; Paper 1 for those wishing to teach from class 1 to class 5 and paper 2 for class 6 to class 8. Paper 1 lasts 150 minutes and counts 150 points. There are 150 questions related to child development and pedagogy, language 1, language 2, math and environmental studies. Paper 2 also lasts 150 minutes and covers Pedagogy, Language 1, Language 2, Mathematics or Social Sciences.

The RRB Group D exam is conducted by Indian Railways to hire employees. The railways are by far the largest employer in the country. Ferrocarril publishes the call for Group D positions every year. Group D positions include positions such as cabin boy, welder, porter, etc. The Group D Railway Examination is conducted in 2 stages, namely the Computerized Test and the Physical Efficiency Test.

The written tests are relatively easy with a total of 100 questions covering General English, Numerical Ability, General Intelligence and General Awareness. The CBT is 90 minutes long and each question includes a score. There is no negative score for wrong answers.

The starting salary for an RBB Group D employee is approximately 18,000/-. In addition to base salary, there are other allowances including HRA, High Cost Allowance (DA), Overtime Allowance (OTA), etc. There are opportunities for internal promotion where Group D employees can be promoted to Group C employees after completing 3 years of service.

This exam recruits non-technical people in Indian Railways. The starting salary of the selected candidate is approximately 19,900. With the inclusion of other allowances such as Home Rental Allowance (HRA), Dearth Allowance (DA), the available salary reaches up to 33,000 – 40,000 / -.

SSC MTS is in charge of the personnel selection committee; a premier facility for hiring government employees. The basic eligibility to take the exam is to pass the SSC exams. The recruitment process is simple and consists of 2 stages, namely a computer test and a written test. CBT is a 100 point test with questions related to General English, Numerical Ability, General Intelligence and General Awareness. The descriptive test is a 30-minute exam consisting of letter writing and an essay worth 50 points each.

MTS base salary is around 18,000-22,000/-. employees are eligible to purchase all other central government employee allowances such as HRA, DA, TA, etc. employees can also apply for promotion after completing 3 years of service.

Through this examination, the Personnel Selection Commission recruits postal assistants, data entry operators, lower division clerks and other employees for various ministries of the Government of India. This is an upper secondary level examination and consists of three levels; a computer-based exam, a written test and an ability test. The written test lasts one hour and consists of 200 points, each question consists of 2 points. Questions related to general English, numerical ability, general intelligence and general awareness will be asked.

The SSC CHSL starting payment is 36,500/-. Employees are eligible for promotion after 5 years of service. Opportunities for promotion include appointments as section officer, chief supervisor, etc.